The Slip that Comes Before a Fall – Supermarket Injury Claims Increase 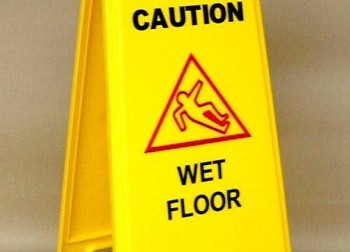 Successful claims for slip-and-fall injuries are on the rise. Supermarkets, with their abundance of fluids and vegetable matter, are particularly vulnerable, and one large grocery outlet reports a 300% increase in claims since 2004.

Lawyers are now freer to advertise, and they rightly see slip and fall injuries as a promising, under-exploited market for their services. Insurers are naturally anxious, and the Federal Government has recently updated its slip-resistance standards; important information for property managers. This article discusses three critical aspects of this risk, and how you can protect your business from injury claims.

In defending a claim for slip and fall injury, you need to be able to show that you discharged your duty of care to the plaintiff. This will including showing that:

Until recently, slip-resistance standards failed to take sufficient account of the wet properties of the surfaces they assessed. In 2014 the Federal Government introduced a new, dual standard for slip-resistance: 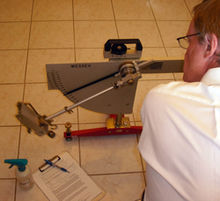 These standards prescribe a wet pendulum slip-resistance test, which must be performed by a NATA-approved testing service. Standards Australia publishes a handbook, HB 198: 2014 to help property managers understand and comply with these standards.

Having a sound maintenance plan can be invaluable in the event that you have to defend a claim for slip and fall injury. In 2015 an employer successfully defended a claim brought by an employee who slipped on a concrete surface on the employer’s premises. The employee claimed she had slipped on a pebble or other foreign object which it had been the employer’s duty to remove. She was not, however, able to identify the object upon which she slipped. The employer was able to show that it had and adhered to a clear schedule of maintenance that included keeping the path in question free of debris. The court found that, while the pebble may have been on the path, the employer’s regime of maintenance was, in all the circumstances, adequate to discharge his duty of care. Having a written protocol covering the maintenance of the area was a key element in this successful defence.

It’s sometimes casually assumed that if you respond quickly to a spillage by putting out some warning signs you’re covered if somebody falls and hurts themselves. Not so fast. In 2013 the New South Wales Court of Appeal found in favour of a shopper in Coles who had slipped in an area which was clearly marked by “Wet Floor” signs. The problem, the Court found, was the signs were on the floor, whereas the shopper’s attention was where Coles would normally like it to be – on the shelves she was picking from.